The word “cerebral” means the midbrain, “palsy” means paralysis. We provide the best cerebral palsy treatment to the children of age group 2 to 17 years old.

Cerebral palsy (CP) is a neurological disorder that affects the movement of a child, motor skills and muscle tone. In most cases, cerebral palsy is caused by brain damage, which develops while the child is still in the utero or during shortly after birth.

It refers to a group of disorders that affect muscles coordination and movement. In many cases hearing, vision and sensation are also affected that’s why children need cerebral palsy treatment as soon as possible.

Therapy, provided in different forms, helps people with cerebral palsy with mental, physical, social and educational benefits. If it is started early after the diagnosis, then many forms of therapy for CP can reduce impairment and the risk of developing other conditions related to cerebral palsy in children.

Keep in mind that therapy can also be very beneficial for parents and caregivers. For example, behavioral therapy can help parents to teach the benefits of positive reinforcement., while nutrition therapy can help people understand specific dietary needs.

All these are best foreign therapies for cerebral palsy children. One important thing to note is that not every therapy is appropriate for everyone and one needs to come up with the best CP treatment options depending on the type and level of disorder. Best result is possible if parents and health care providers work together towards one common goal. 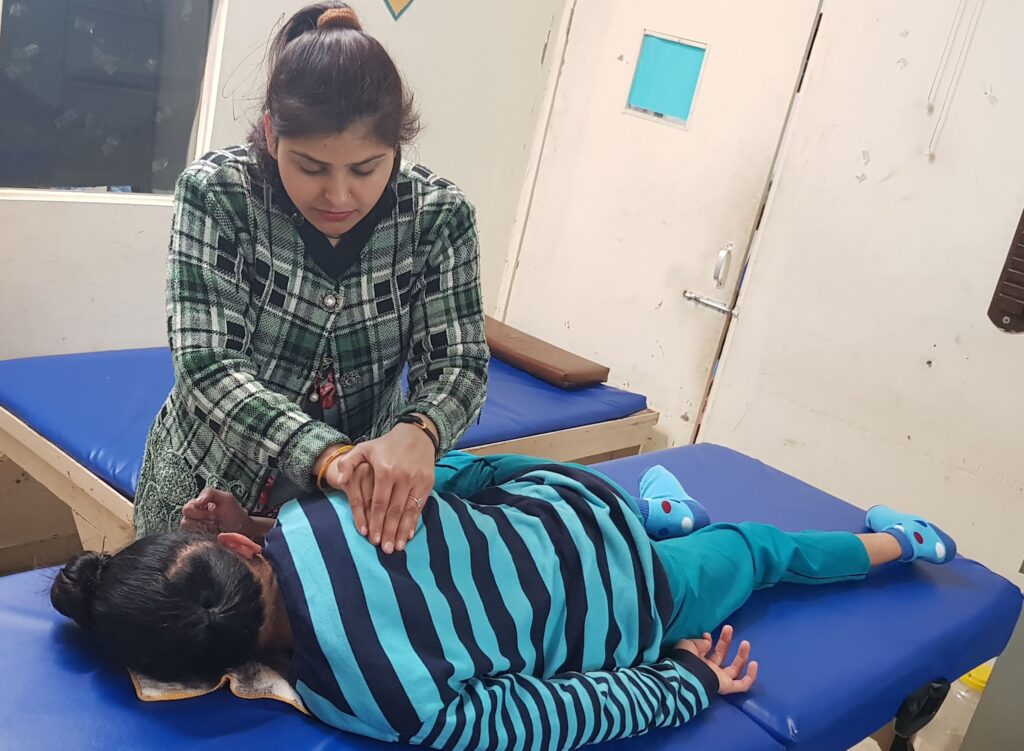 3. Ataxic cerebral palsy – it is the least common type of CP. People with this form of Cerebral Palsy have usually problems with balance and coordination. They may have difficulty walking and doing fine motor works, such as writing and grasping objects.

Babies with this type of CP have some control over the head and there may be trouble in breathing. As they grow up, they can struggle to sit straight as a result of their weak muscles. They may have difficulty speaking and abnormalities in walking.

We provide the best techniques for all these types of cerebral palsy treatment.

In some cases, the cause of cerebral palsy remains unknown. However, research suggests that disorder can occur during pregnancy when the child’s brain is not properly developed or damaged. Brain damage can be caused by usual maternal illnesses and diseases, genetic factors or illegal drugs, while cerebral palsy may also occur during childbirth. Babies born earlier than due date are at risk of developing cerebral palsy. Premature infants could have oxygen deficiency and other medical issues that can cause brain damage, which can eventually lead to cerebral palsy in children.

Cerebral palsy is not always during pregnancy or childbirth. In an example, children may have an accident during childhood, which can cause brain damage and cerebral palsy. These children will also get better with cerebral palsy treatment.

Another possible cerebral palsy cause is brain damage due to medical negligence. When the child is deprived of oxygen during birth, then the damage can be sufficient to cause cerebral palsy. During the delivery, improper use of forceps and other devices can also injure/damage the brain of child.

Symptoms of Cerebral Palsy in Children

Other Symptoms of CP in children

Although the brain of children with cerebral palsy is injured, the injury doesn’t get worse on development

Depending on the level of severity of cerebral palsy in children, they may experience difficulties with physical development such as:

If your child is not reaching these milestones or they show some symptoms of cerebral palsy, you may need to talk to your early childhood nurse, pediatrician or general practitioner.

If these Sign or symptoms are in your child, then contact us for best cerebral palsy treatment.

There are different levels of CP classified depending on the extent to which they affect the Gross Motor Function Classification System (GMFCS). This system mainly focuses on the person’s ability to sit or move and how these capabilities are controlled. Cerebral palsy can affect these functions differently depending on the level of disorder.

Level 2- Person with level 2 cerebral palsy can walk without limitations, but they are not capable of running.

Level 3- Child suffering from Level 3 cerebral palsy can sit with little support and stand without any support.

Level 4- Person with level 4 cerebral palsy can walk using the help of assistive device, such as wheelchair.

Level 5- Those suffering from level 5 cerebral palsy need help maintaining their head and neck position while sitting and they might use motorized wheelchair for movement.

There are certain factors that increase the risk of a child suffering from cerebral palsy. These are:

Before Starting Therapy Treatment for CP

There are many cerebral palsy therapy for children that can help them not just with the disability but also aims to make life a little easier for them. Before starting with any type of treatment, the therapists should carry out inclusive tests of the patient to know the type and level of the motor disabilities caused due to CP. Parents also need to work with the therapists to identify the areas of concern for their child as sometimes these therapies and other treatment options can be too much for the children.

Other thing that parents need to think is to find the best cerebral palsy treatment for child which includes physical therapy and not rely on too much medication. Although, medication can help to some level with the disorder there can be harmful effects of the same on your child’s body. IIAHP Chandigarh is one of the finest centers that help CP children get their life better with therapies, proper focus on nutrition and intellectual programs.

We provide many international techniques under one roof and with our therapies all children are improving. We showed the best Results of cerebral palsy treatment in the whole country. We take new cerebral palsy children all Year.

Foreign Therapists visit IIAHP therapy center twice in a year for teaching new techniques of treatment to Staff. Our full area is covered under CCTV surveillance and all parents are allowed to check the footage whenever they want to check. For the best results, senior IIAHP Staff takes training in foreign countries and keeps the team updated about latest techniques.

For all-round development of a cerebral palsy child, the advanced intellectual program is given that includes Reading, Maths, and Encyclopedia, etc and for distant/foreign parents home programs are also available for cerebral palsy treatment. We give the best guidance for nutrition, supplements, and diet. We also give homeopathy.